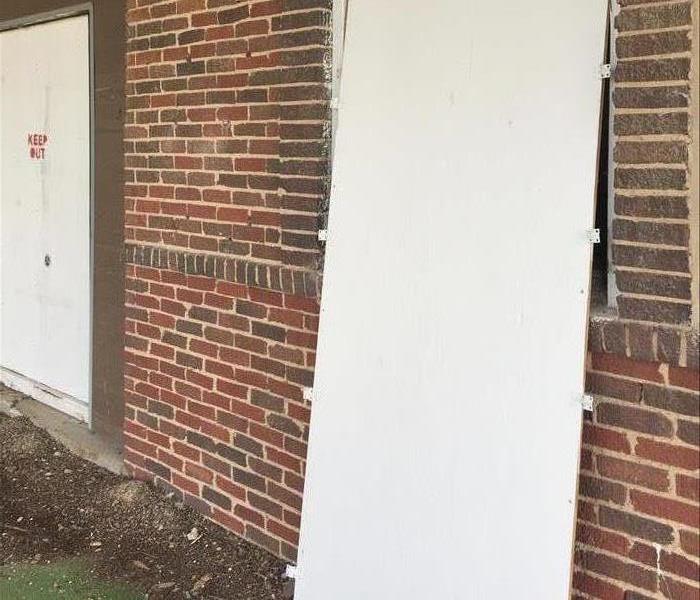 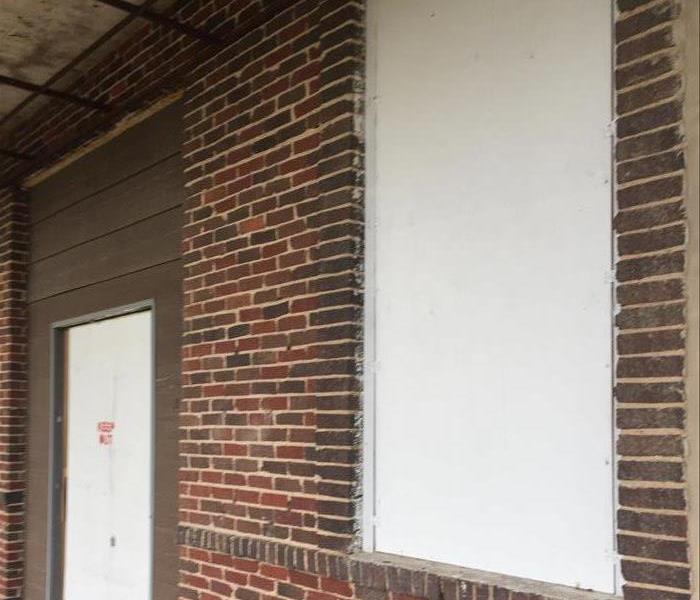 If the city wants in...the city gets in.

Pictured is a boarded up window on an old institutional building we boarded up in the past.

The boarding has been set out of place, but still in front of the window to discourage nearby students from climbing into the building.

The city wanted the building opened for inspection but only specified what day, not what time.  The nearby door is so well sealed, it would take a lot of time/expense to open and the re-secure it.

The city inspector(s) actually knocked the plywood down to the porch while to in through the window.

Later in the day SERVPRO of Waco restoration company returned to board up the window again.

The organization which owns the building likes to use SERVPRO of Waco because, as they have said, "when you board it up it stays boarded up".

View More Before & After Photos