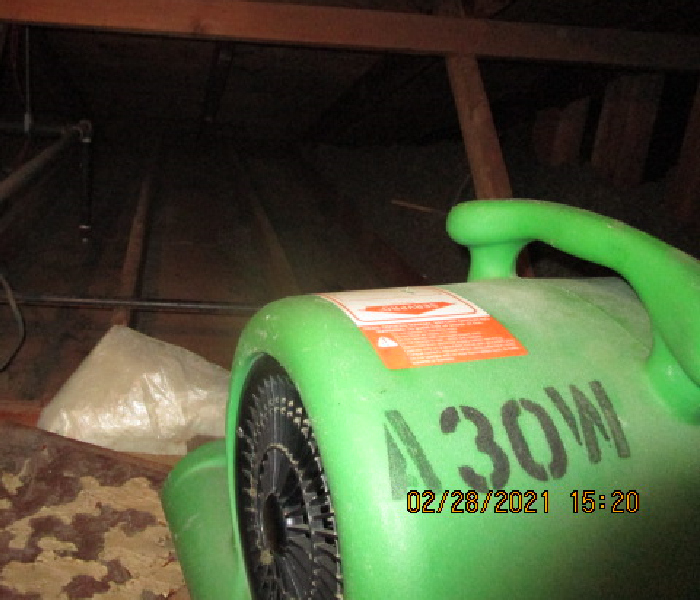 Drying out the attic after a burst water pipe.

The Texas Polar Vortex was calm, quiet and very cold.

It caused thousands of split and burst water pipes, which, for the most part, were very quiet too.

All the burst and split pipes resulted in water, usually large amounts of water, happening in a variety of  possible locations inside homes and buildings.

Especially bad were the burst water pipes in attics.  Some of those pipes had been in place, with no problems, for decades.

Of course gravity will bring water from a burst or split water pipe over head down to the next level(s).  Perhaps by more than one path.

The air mover pictured was placed in the attic of the water damage in a group home in the Waco Landon Branch area.

SERVPRO of Waco, a restoration company, ended up removing all the insulation from the affected attic area, while saving the ceiling drywall and all the drywall on the living level.

This resulted in quick recovery of the affected area and no serious interruption of the home residents normal routine.

SERVPRO of Waco has helped thousands of folks in the greater Waco and Central Texas area for over 20 years.

We be honored to help you as well.

SERVPRO of Waco...there's only ONE!