Meeting is so Hard

Often where a commercial building, or really any building, has additions built onto the existing structure, water intrusion can occur where the roofs meet together.

It is much more common than we all wish it was.

The photo attached was taken in the newest extension built onto this structure.  The brick wall area is an older section and, actually, the wall with the doors is another extension.

Two and one half inches of rain in a short period of time has highlighted the area the roofers need to check out again. 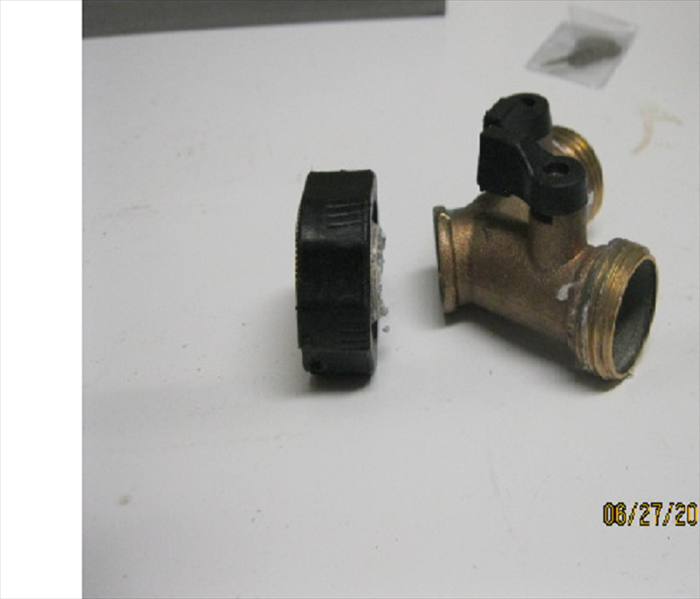 This splitter faucet adapter in a hotel laundry room caused quite the mess.

Our buildings have lots of small dollar parts which can make huge problems if they fail.

Always keep parts that fail for you insurance company.  Fix the part, but keep the old one. Sometimes the manufacturer is at fault and they can be held responsible for the resulting damages.

SERVPRO of Waco, a restoration company, has been helping folks in the greater Waco and Central Texas areas recover from water damage situations for 19 years. 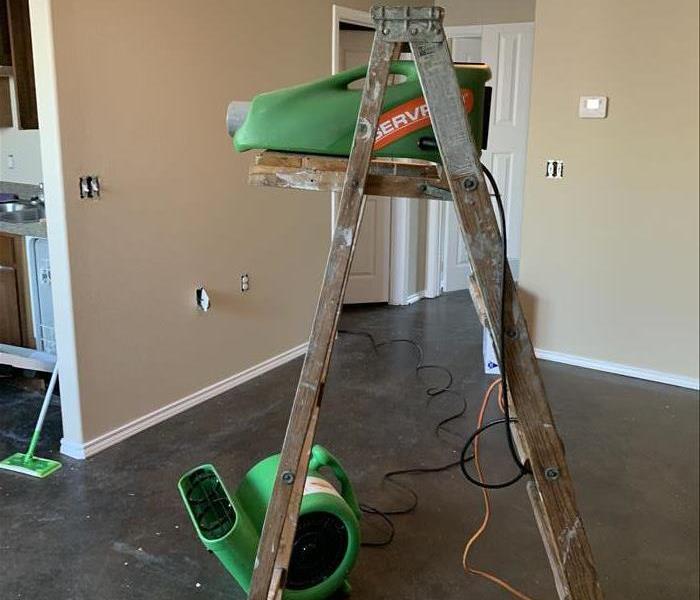 An ozone machine changes molecules in the air and consequently "pops" bad odors.  Very over simplified explanation of the science of it all.

SERVPRO of Waco restoration company set this ozone machine up in a Whitney, TX apartment to reduce/eliminate overbearing tobacco smells.

Ozone drops once produced, so a ladder is often used to allow an air mover to blow the ozone around the area.

Yes, that is a very old wooden ladder.  The company owner keeps forgetting to buy a ladder with a paint shelf when he buys step ladders.

That is actually the first step ladder he ever owned.  It does make for an interesting looking item on the job site. SERVPRO of Waco restoration company was called to a commercial water damage small water leak coming out of the wall in a Waco daycare center.

After moisture testing the area for a source, a small area of wall was opened and more water was released and the stream grew stronger.

This was later in the day, but during daycare operating hours.

We took care of multiple water extractions to keep leak under control while leaving the water to the center turned on until plumbers could arrive.

Fortunately, the facility had a crawl space and the pipe, which went to a no longer used water fountain was capped off. 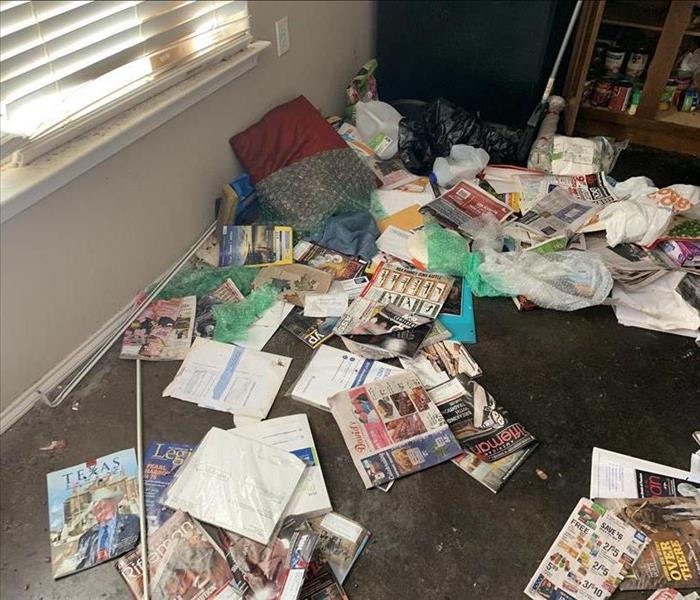 Sometimes the renters leave quite a mess

Unfortunately, the folks in this apartment decided they had to move on rather suddenly and left much behind.

There was quit an odor of serious tobacco smoking inside the unit.

SERVPRO of Waco assisted the owners of this Whitney, TX, apartment.

The unit needed extensive debris removal, top to bottom cleaning/disinfecting, painting and deodorizing, including ozone treatments.  There were also issues related to a pet.

At SERVPRO of Waco we have the expertise and experience to handle a mess.  SERVPRO also has incredible proprietary cleaning and deordorizing products. 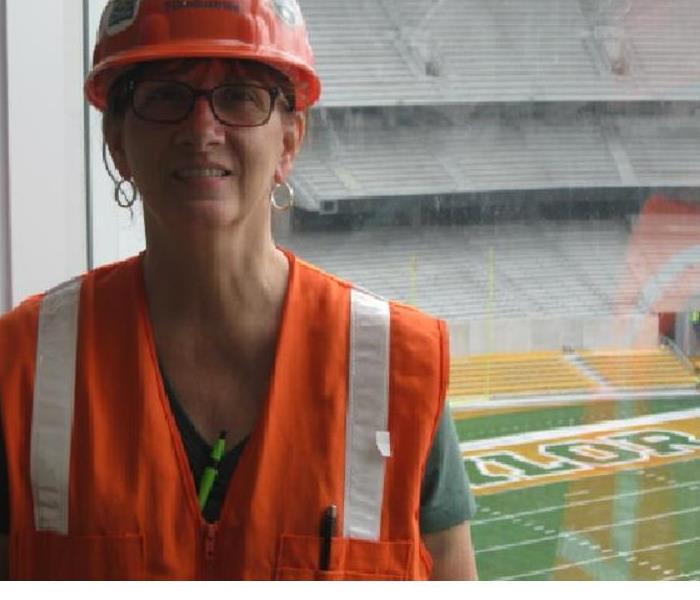 Actually, SERVPRO of Waco Fire & Water - Clean Up & Restoration contributed to the opening with water remediation and water restoration jobs at McLane Stadium in the mad rush just prior to the opening day.

As the British say, we got a bit "cheeky" about standing in front of the windows and acting like tourists getting pictures with the views.